Excellence Nessuah Group encompasses a cluster of subsidiaries and enterprises engaged in managing assets over the short and long term, as well as a range of financial services(more than 40 subsidiaries).

These are provided to individuals, institutional customers, and commercial companies in Israel and abroad.

Excellence Nessuah was founded in 1992 and became a public company in 1994 when it was issued on the Tel Aviv Stock Exchange. Excellence recently stopped trading its shares on the stock exchange, and today is a private company wholly owned by The Phoenix. Excellence manages approximately NIS 48.8 billion in financial assets.

Excellence Investments consolidates about 40 companies in a consolidated financial report,  previously submitted to the stock exchange, and now to the parent company. ” The process of collecting the financial data of the group companies, consumed both time and resources due to the uses of the Priority ERP system, as well as Excel spreadsheets to submit the data. Moreover, the financial Department produced operation reports that were in a separate process which resulted in inaccuracies and inconsistencies between the reports.

Therefore Excellence use of consolidated financial reports produced with an outdated system as well as the Excel sheets raised the need for an all-inclusive solution.  A system that would be able to function with different software systems such as profit and loss statements, budget vs actual,  collect data quickly, efficiently, and accurately.

As a result of these aspects, Kontroller software system presented a complete solution with a sophisticated Automatic Allocations Module for automatically dividing the overhead of expenses into the various units. Along with its connectivity to numerous accounting software, in addition to  Excel sheets. The system is both flexible and fast in the production of management reports.

Excellence CEO was highly impressed with the system reports and BI models, he requested not only generate all monthly and yearly reports with Kontroller’s system but also to tailor-made dashboards which were built and designed to fit his requirements. The Kontroller system has significantly shortened the process of producing financial statements, furthermore, Kontroller created a unified identity to all of the information held in financial reports, operational and managerial, alike, with a perfect match to the source of data. “One truth”

Daniel Axelrod is the CPA  responsible for preparing the Excellence Group’s financial statements. Daniel led the implementation of the  Kontroller software system in the organization and is currently the main and lead user of the system. He has become one of our biggest advocates:

“I fell in love with Kontroller and decided to join the company as  a superuser of the software. Moreover  Excellence, for all of its 40 companies, will not be able to operate without the Kontroller software system.”. 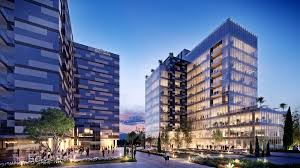 Our personalized demo allows you to speak directly with a senior solution
specialist and discover the key functionalities of Kontroller.